Close
Ask a Question
Home/ Questions/Q 42915
Next
In Process 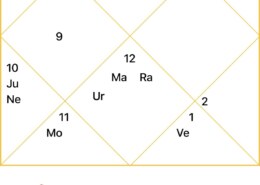 Dear learned astrolger and students of karma and relationships,

Presenting you with a case study of very karmic relationship which i experienced.

-Both were in marraige for 4 months, it was love marraige.
-Sudden things started happening after marraige in such a way that nothing could be predicted and each day bought new challenges.
– seperated after only 2.5 months.
– girl has already moved on.

Boys side story:
– he did everything he could to save marriage and tried everything to reconcile, despite his best intentions and work- his efforts were never noticed and reciprocated.
– he had rash way of communication which came out wrong and created more barrier and confusion. His defence was he never felt safe and secured with the girl.
– he felt like walking on eggshells everytime they were close.

Girls side story:
– after few incident of rash communication, she believed there is no future and decided to shut him out of life.
– according to her, fight which were happening due to confusion were never productive and created more mess.
– Girl had history of being in abusive relationship, his tone reminded her of traumas of past relationships.

– Girl had already moved on after mutual annulled agreement and started dating, already in relationship with other.
– boy is still stuck wondering what kind of roller coster life lesson god taught him with feeling of being used.

– if any remedies can be done when they were together what might have changed? And what would have been daily life style change both had to do in order to make this work?